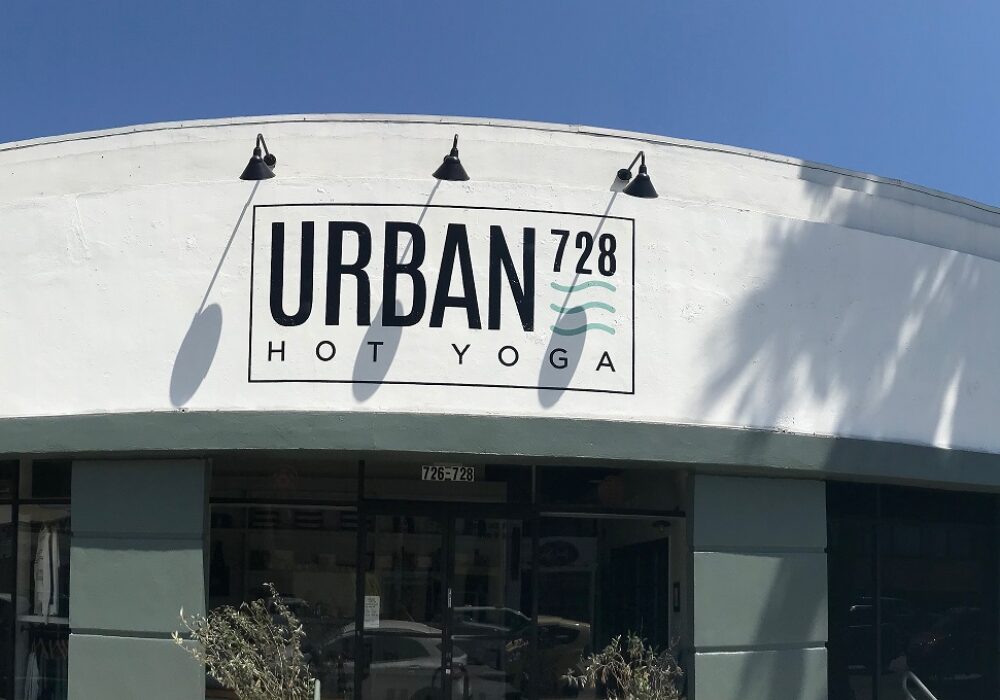 This is our hand-painted sign for Urban Hot Yoga. With this bigger, better exterior sign the Los Angeles fitness clinic will certainly catch customers' attention! 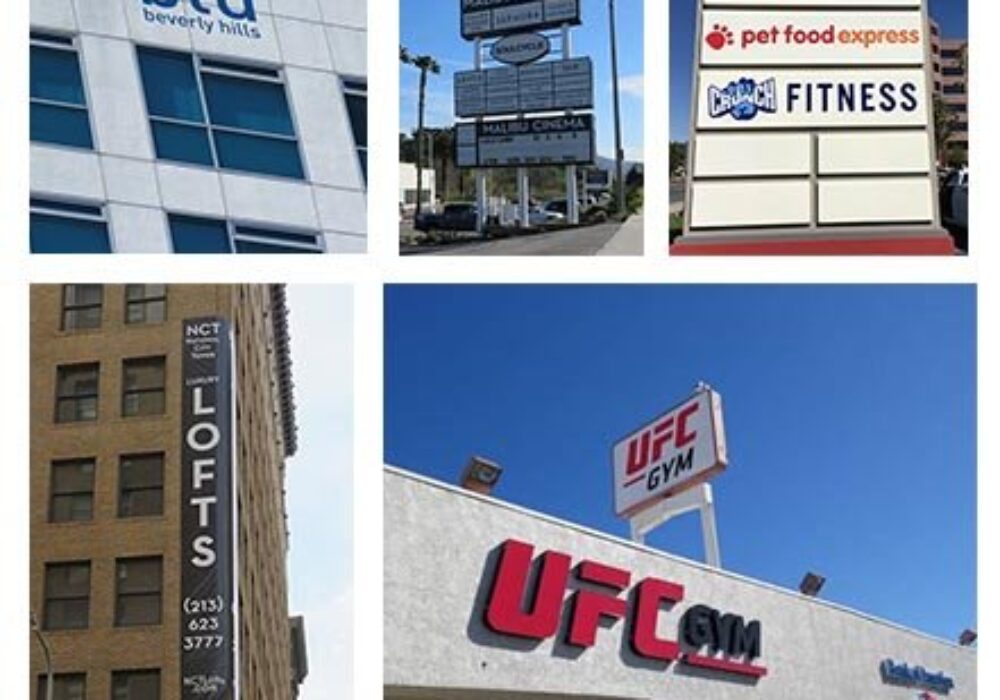 Small businesses that want to get ahead need to have their branding in order. With consistent signage, your startup will look legit be more convincing to customers. This is where a sign package comes in, so your brand’s aesthetics will match the quality of products and services it offers! END_OF_DOCUMENT_TOKEN_TO_BE_REPLACED 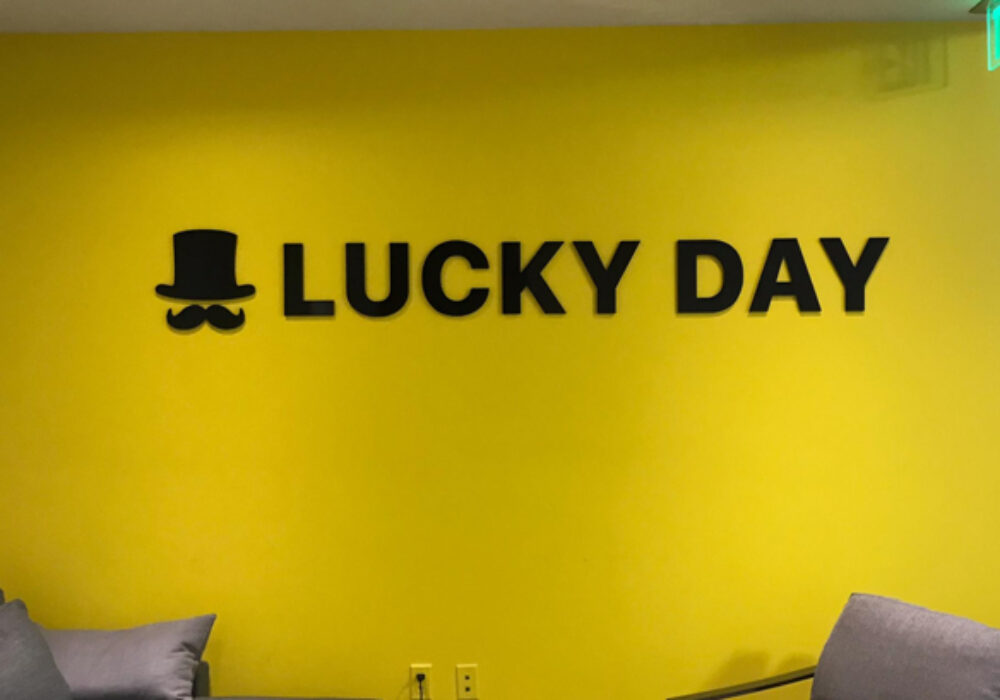 Trying to make it big in a new market? Then standing out with proper signage will put your small business or startup ahead of the fledgling competition. The right array of indoor and outdoor signs will make your establishment look impressive and memorable, giving it the legitimacy it deserves. END_OF_DOCUMENT_TOKEN_TO_BE_REPLACED 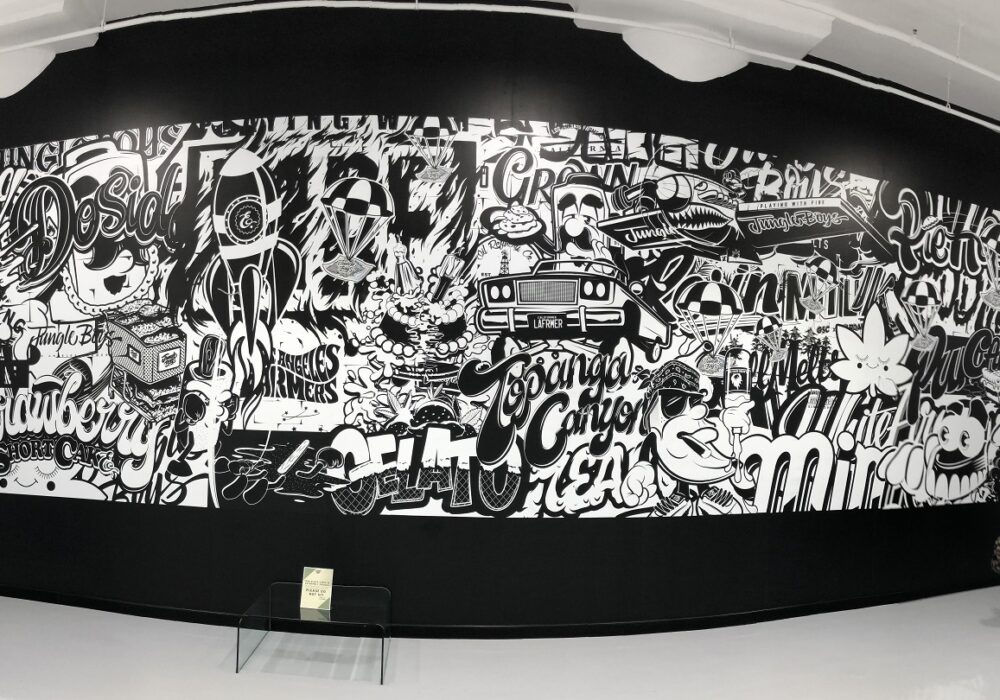 See that giant mural? We’re set to light it up with some neon. We are once again working with Jungle Boys in Los Angeles, highlighting that wall art in their apparel shop. So we’re conducting neon testing. They’ve selected 7 elements in their mural that they’d like highlighted with neon. Our first step in this project was to hand trace the elements so that we can create the neon to custom fit the wall’s design. Next, we created sample neon colors for the customer to select the best look. END_OF_DOCUMENT_TOKEN_TO_BE_REPLACED 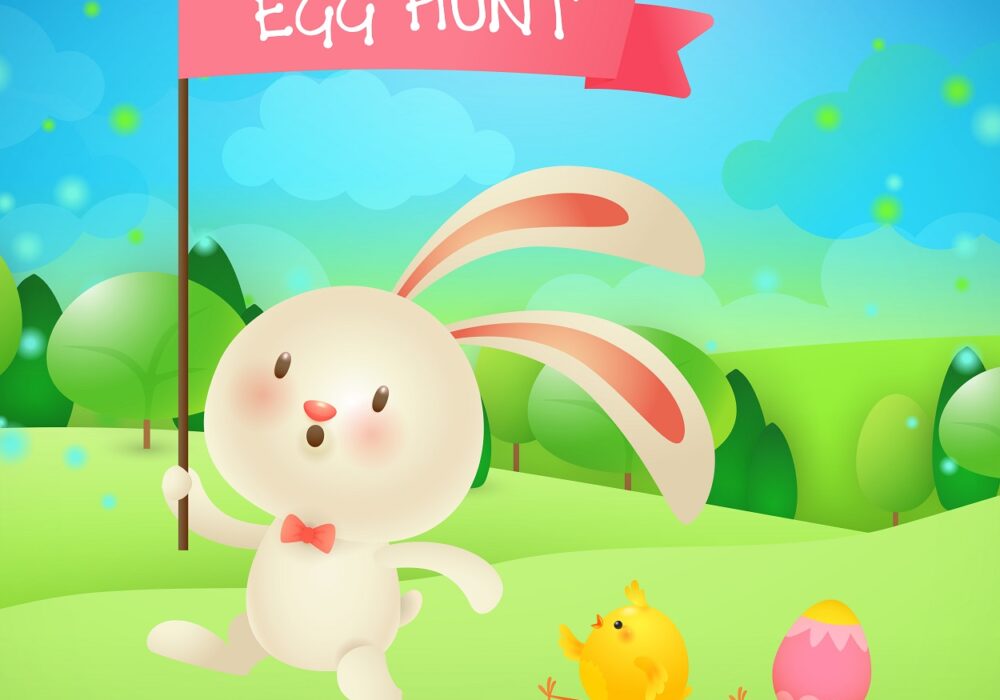 Businesses are sure to take advantage of the Easter and Passover holidays with events like Easter Egg Hunts as well as sales and promos. Places of worship will also certainly mark the solemn time with gatherings. And the best way to promote these, and decorate the establishment or venue, is with signage. So are your signs ready for the occasion?  END_OF_DOCUMENT_TOKEN_TO_BE_REPLACED 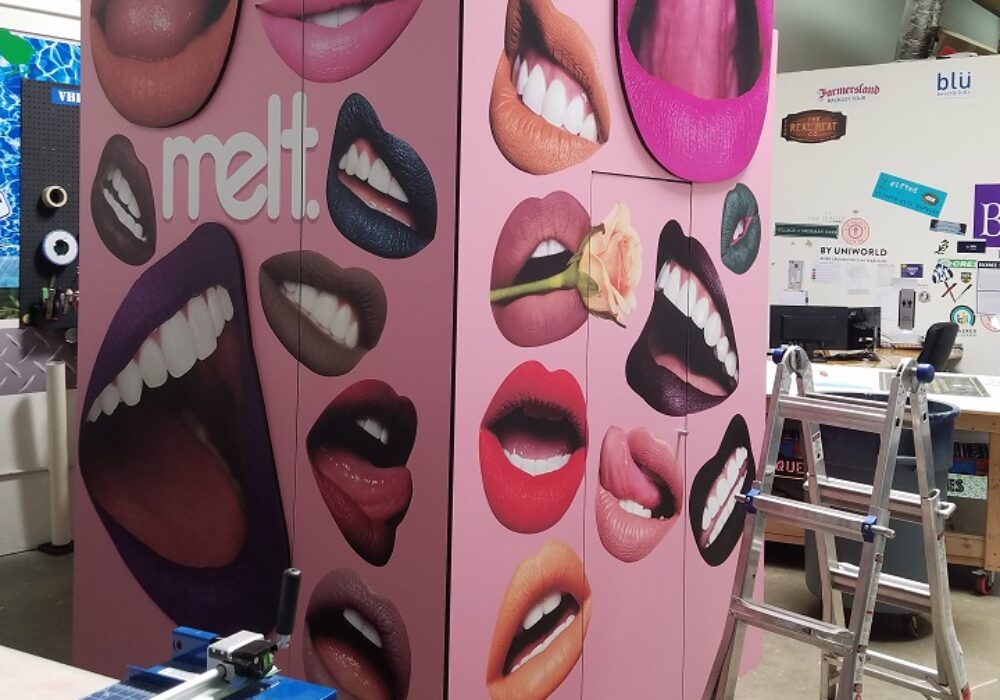 Feel like your establishment could use some extra pizzazz? There are times where more imaginative presentation is called for to compliment your centerpiece signage. So consider creative signs to boost your brand recognition and really set it apart! END_OF_DOCUMENT_TOKEN_TO_BE_REPLACED

Continue ReadingGetting Creative with Your Signs 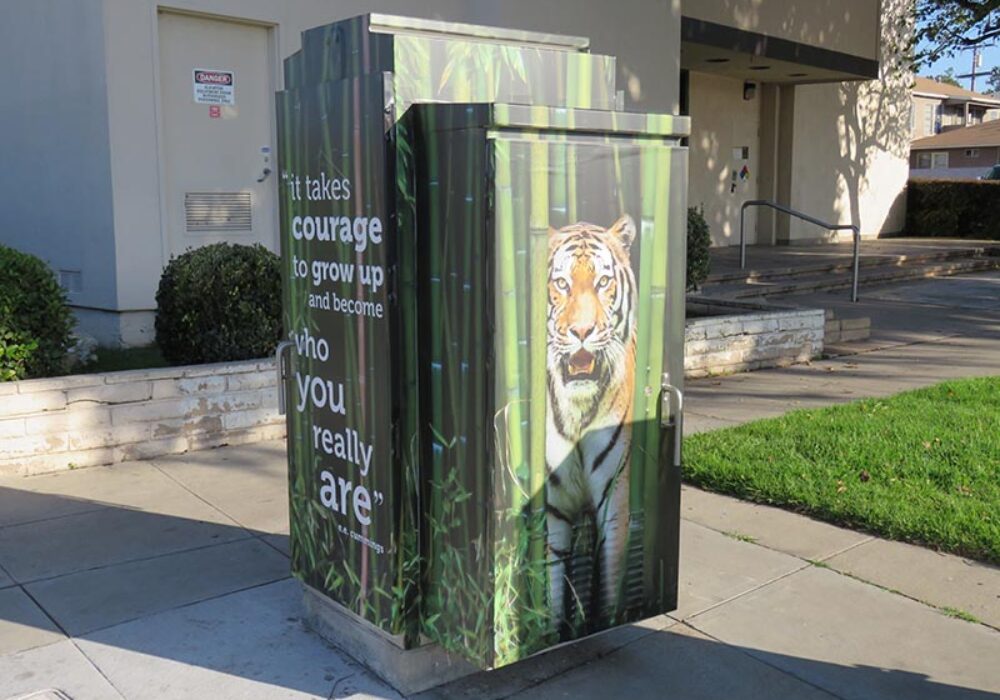 Signage can do more than just highlight a business, they can also fulfill a Greater Good like beautifying the overall environment. Street signs can be quite beneficial to the aesthetics of the cityscape. Here are some of our most striking outdoor signs:  END_OF_DOCUMENT_TOKEN_TO_BE_REPLACED 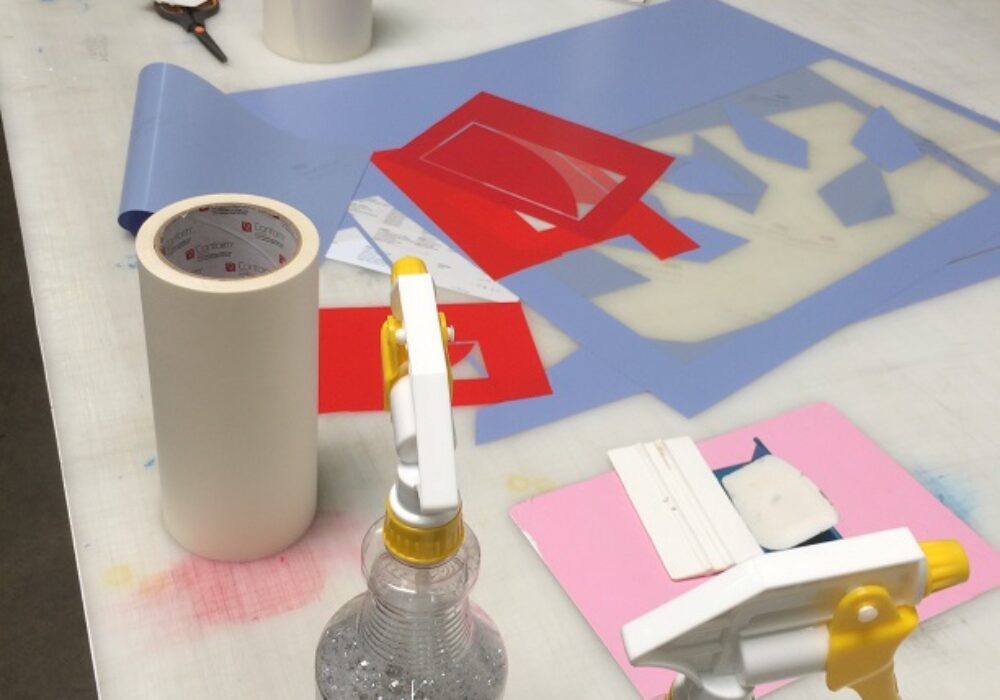 The great thing about being a sign-maker is that if you’re into arts and crafts and love working with your hands, then you’re gonna have the time of your life. We believe that handmade is still best made, after all. Making tiny stickers for your favorite sports teams? Draping a car in an eye-catching vinyl wrap? Making cute signs that’ll be on the storefront of a boutique? How about putting graffiti on a wall… and being paid for it! Those’ll really test your creativity and your handiness.

END_OF_DOCUMENT_TOKEN_TO_BE_REPLACED 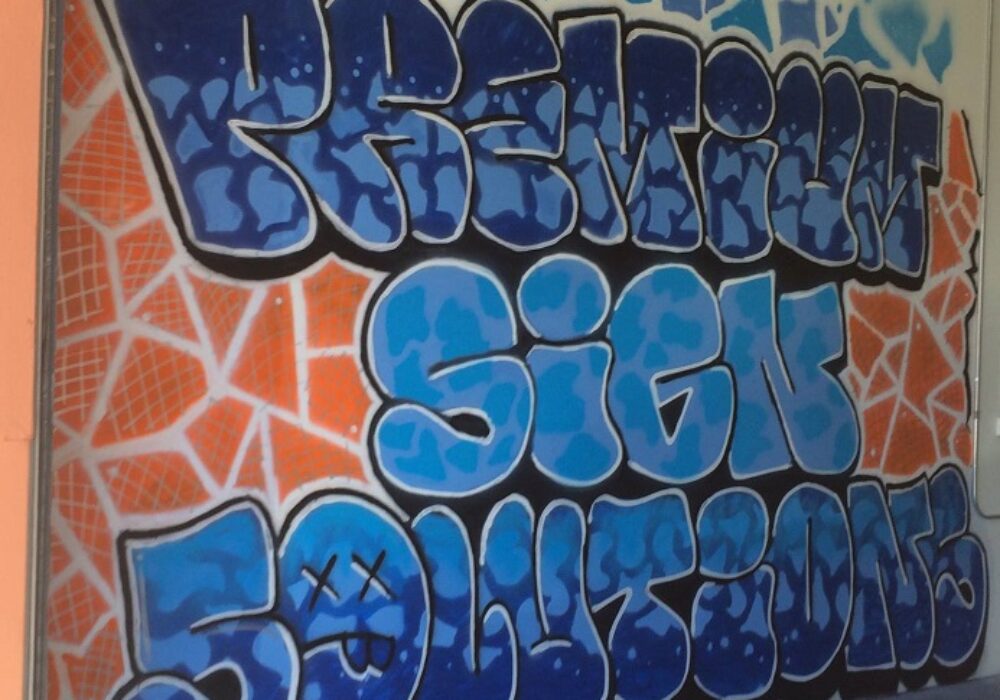 Graffiti is back in Los Angeles, and in San Fernando Valley artistes like Levi Fonz Ponce are making murals of iconic figures that are meaningful to the community. And to think they used to be seen as eyesores, as the defacement of public property, spray painted by unruly youngsters out to Stick It to The Man. Vandalism, it was called, named after the Vandals, barbarians who invaded Rome and broke all their stuff. But now graffiti’s become accepted in the arts scene, seen as a free expression of the human spirit heedless of property boundaries, now displayed as striking murals in public spaces across big cities like Los Angeles, wall art for upscale establishments, even as office decoration for more laid back workplaces. It’s an intriguing shift, but how did it happen?